2015 was a fantastic year for especially Korean dramas. Although the last few years haven’t been bad either this year we had some excellent dramas. These are a few of my personal favorite dramas from this year from Korea, Japan and China that I loved to no end. They are not in a special order. Also, I added the Meh-dramas, the ones I liked but had something missing or something go horribly wrong. And the ones I think everyone should stay clear from!

So let’s reminiscence and find the ones that you might have missed!

Oh I still get chills!

This was just a perfect drama. We had everything: thrill, mystery, romance, psychopaths, and hot main leads. Seo In Guk played a brilliant criminal profiler who unfortunately lost his brother and had his father killed by a psychopath when he was young. He has never given up hope of finding the psychopath Lee Jun Yeong and finding his brother. Jang Na Ra played a detective with a connection to the case. She and Lee Hyun (Seo In Guk) start working together and fall in love in the process. The romance is not the main point in this drama but it is present, and I have to say that I loved the ending.

What I loved most about this drama was Lee Jun Yeong, the young and the old version just brought such a thrill and a smile to my lips. D.O from EXO depicted the young psychopath in such a way that I will never look at him the same way. He was breath taking. Choi Won Young was just as good as the older version of him. The way their eyes just… *_* Anyway, watch it and you’ll know.

Kill Me, Heal Me

It is very unlikely that you haven’t heard of this drama. The drama was a huge hit with its thrilling and touching plot of a man with seven different personalities. Ji Sung showed everyone how brilliantly he could depict seven roles in one drama, Hwang Jung Eum played a doctor, and  Park Seo Joon stole hearts as writer and brother.

If you haven’t seen this then hurry, you have no idea what you are missing!

The Girl Who Sees Scents

Moo Gak (Park Yoo Chun) lost his sister to a murderer as a result he lost his taste, smell and ability to fell pain. He became a police officer to find the culprit. He meets Oh Cho Rim who can see smells. She begins to help him to solve cases and catch the bar code murderer.

I liked the drama as a whole, the romance between Park Yoo Chun and Shin Se Kyung was funny and believable. They worked together really well. However what was even better in this drama was the bad guy, the bar code murderer and the ending! Nam Goong Min just shined as the murder. He was so good that after the drama had finished airing he scared his manager with his brooding look. He has also been cast as the antagonist that is described to be even more bad in the upcoming drama Remember. I can’t wait. 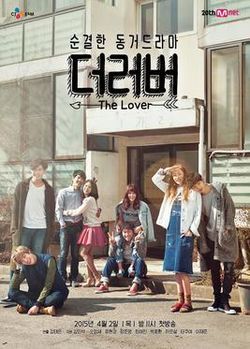 The Lover was my surprise love. It’s about four young couples living together without being married. We have a couple in their thirties who don’t want to get married, a noona romance with a twelve year age difference, a couple living together before they get married, and a loner guy who starts to live with a Japanese boy because he wanted a quiet room mate. As the hilarious drama progresses we get to see the difficulties and fights these wonderful couples face and fight together.

This drama is something completely out of the mainstream dramas. We have couples who are not married living together, a real noona romance, fights, talks about sex, and a gay couple. The drama deals with all of their different difficulties beautifully and makes us, the watcher, sympathise and laugh at them.

This is a drama not to be missed!

The Time We Were Not In Love 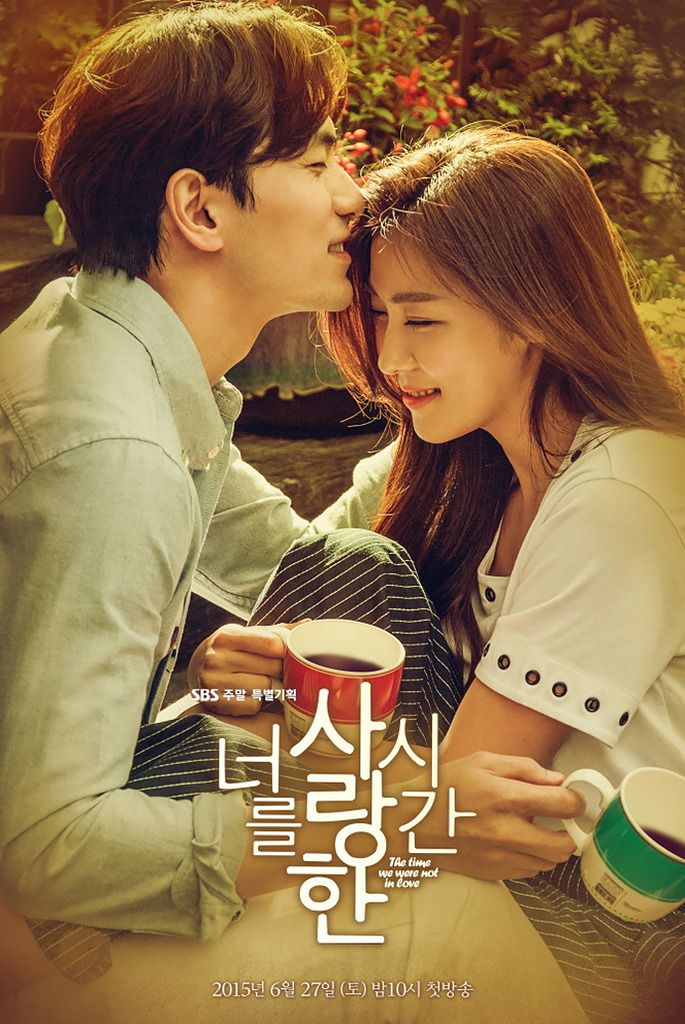 Or as the Korean title goes: The Time I’ve Loved You is based on the Taiwanese drama In Time With You (which I was never able to finish). I think that this Korean remake beats the original by a mile. It tells the story of a man and a woman who have been best friends for 20 years. We had Ha Ji Won and Lee Jin Wook as the leads.

What I loved most about this drama was Choi Won (Lee Jin Wook) and his endless dedication to the woman he loved. This was a romantic comedy without makjang but it was done right and it was beautiful.

Oh My Venus stars one of my favorite stars: So Ji Sub as a handsome personal trainer and Shin Min Ah as a sharp tongued lawyer. We also have Henry from Suju and Sung Hoon in other parts. The drama is filled with great humour and sweet moments. It definitely is one of the best dramas of the past year.

I don’t watch a lot of Japanese dramas but this year out of those that I watched there was one that stood out. 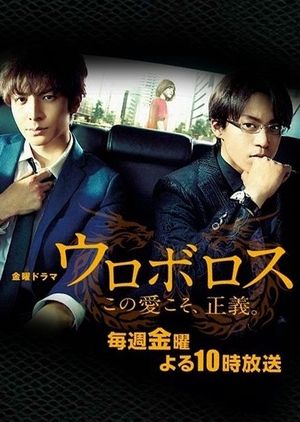 Ouroboros was perfect. It had suspense and mystery to the right amount and a perfect cast. Ikuta Toma was so cute as a detective with two sides: one that wants justice and other that wants revenge and doesn’t care what he needs to do in order to achieve it. Oguri Shun took my breath away as a cold blooded gangster with the occasional funny side to him. Their bromance was one of a kind and touching. The drama was a perfect ten.

Love Me if You Dare

Love Me if You Dare (a Currently Watching article here) is a perfect drama. Wallace Huo is captivating as Bo Jin Yan, an eccentric criminal psychologist. His character was perfect. The drama itself was a perfect mixture of interesting and thrilling cases one after another and the heart warming romance of the professor and his assistant. The episodes will have you gasping for you breath and praying for more.

This drama is a little bit over its half way mark but so far (and everyone cross your fingers that it will stay this way) it is awesome. I love the suspense from waiting when Zi Feng will find out Ya Nuo is a girl. They are a great couple. Also, I have to say that I also like the secondary couple, which is rare for me. Read my Currently Watching article here to learn more about the drama.

Here we had Hwang Jung Eum and Park Seo Joon show us the romance they didn’t get to have in Kill Me, Heal Me. Read about the plot more here on my Currently Watching article or here on the Review of the drama.

The star of this drama was without a question Siwon. He stole my heart and didn’t return it as Shin Hyeok…. Without him I don’t think I would have bothered with this drama.

Heart to Heart (a Currently Watching article here) was about an isolated woman suffering from social phobia. Here we had Chun Jung Myung as an adorable, but a jerk, doctor and Choi Kang Hee as the leading lady. The drama was light, funny, and sweet. Yet what made this drama end up in the Meh-section was one reason, it’s here in white because its a spoiler. Hong Do dressing up as a grandma. I couldn’t understand it and I think it this perfect drama worse. End of spoiler.

Despite some of its obvious flaws I did enjoy watching Blood. We had the first born vampire doctor. The doctor then falls in love with a human and hunts for the cure to become human again. We had Ahn Jae Hyeon and Gu Hye Seon in the leading roles, and even though she was really bad in the beginning I think her acting got better quickly.

I loved Cruel Romance immensely -until the last episodes-. Although the writer dropped the ball in the end with what I think was a completely useless twist in the plot for the most part the drama was very interesting. The romance was between a gang leader and a normal girl captivated me and I hoped to see more for them. Despite some of its problems the drama was very good.

Moon River makes me conflicted. I loved it a lot in the beginning, read my Currently Watching article form then and you will know. But then Coco appeared and after she left the drama just stopped moving forward… I’m still unable to finish the drama… The sweetness from the beginning just disappeared…

There were many wonderful dramas this year but also some that were so frustrating I had no other choice but to drop it. Let’s see my top three catastrophes. 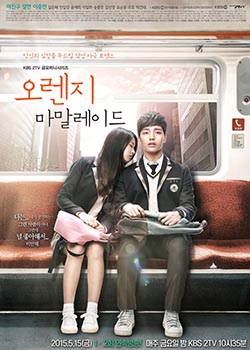 I was waiting for this drama and loved the first episodes. Just think about it humans and vampires coexist and then a boy who hates vampires falls in love with a girl that actually is one. AND we had Lee Jong Hyun from CN.Blue act too.

And then it all crashed and burned.

First they killed Lee Jong Hyun, that killed me, and then for some reason the writer thought it would be a good idea to add some sort of link between the couple and we were transported to the Joseon times… At this point I waved the drama good bye.

Scholar Who Walks the Night

I’m still frustrated over this one…. Well they had a great idea at first, they just  managed to ruin it completely.

We had a vampire in Joseon times (yes, again…) who was looking for a way to kill another vampire who controlled the king. Ok, great so far, exciting and something new.

Then they add a love that got killed to protect him and it turned out that she didn’t die and is now serving the evil vampire…. And we have a girl dressed as a man that falls in love with the scholar vampire. To top this mixture none of the leads could act. Especially the leading couple drove me crazy. So, again I waved a drama good bye and didn’t look back until my curiosity had me check out the last episode and based on the cr**p I saw I have no regrets dropping this.

This Japanese drama was so ridiculous that I dropped it after the first episode. When I discovered it I was very interested and waited for the first episode. We had a girl detective that loved to see other people’s troubled faces and likes to brake the rules. For a partner she got something completely opposite of herself. Seems interesting and fun, right?

However the drama was horrible that I couldn’t watch it. No one could act, and especially the female lead was so horrible and ridiculous that no one will be able to watch her. This drama is something that you can only see in your nightmares!

Of course in addition to these three there were others that were disappointing but these will be the ones that I will not be able to forget.

What were you favorite dramas?

Were there some that you hated?