2016 was an amazing year for Korean dramas. We had so many spectacular hits and some unexpected surprises that just stole my heart. Like last year I had to list my personal favorite dramas that I loved to no end, the ones that I just couldn’t stand and the ones that made say meh, because they had something missing. Unfortunately this year there won’t be Japanese, Taiwanese or Chinese dramas on this list because I’ve found them disappointing this year.

It’s only fair that I start with the best drama of the year and that is Scarlet Heart Ryeo.

Scarlet Heart made me obsessed and after it ended I was lost. There are still no words to describe this drama. It was beyond perfect. It was touching, hurtful, lovely, hopeful, heart breaking and cruel. It was so much and yet it managed to flow beautifully and remain perfect from its first second right until its last.

The acting, the OSTs, the story, the emotions, the characters, EVERYTHING. WAS. PERFECT. Scarlet Heart is a perfect, wonderful heartbreak.

Cheese in the Trap

Yoo Jung sunbae I love you!

I miss the mystery surrounding Yoo Jung! Was he a good person or not? He was cold and calculating in a way that was a wonderful change to the usual male lead. Even though he seemed strange to everyone else to some he sometimes seemed like a cute teddy bear. He believed in the law of Hammurabi and followed it. But we found out that he was insecure and broken; he wanted to be loved for who he was.

“Behind that sweet smile he was cold, lonely and child-like. I guess I was quite curious about Senior who had a completely different side to him that was only visible to me. That he only chose to show to me.”

I’m never going to forget this drama! Still love it!

Currently Watching; Cheese in the Trap

Beautiful Mind had built amazing suspicion towards its main character doctor Lee Yeong Oh and his actions. This doctor Frankenstein was a surgeon at the level of a genius but he had one problem; it was impossible for him to feel or sympathize with other people’s emotions.Heartless, cold, powerful, mind-blowing, arrogant, suspicious, scary, scared. There’s an endless list of words how I could describe Lee Yeong Oh.

This drama had real human emotions and problems and I still can’t understand why this drama didn’t get more attention. It was met well with critics and it had avid fans in Korea and abroad but still because of the Olympics (Damn you Olympics! I’ll never forgive you!!!!) they cut the episodes from 16 to 14. Still -to my surprise- the drama wasn’t ruined; The writer didn’t drop the ball and managed to create a touching character out of man without feelings.

The Legend of the Blue Sea

No matter what you’re going to say Legend of the Blue Sea is good. Shim Chong is hilarious, and the combo of a mermaid and a con man and love that transcends time is keeping me hooked. Both Jeon Ji Hyeon and Lee Min Ho are great together and separate in this drama.

Legend of the Blue Sea Review

I love Kim Bok Joo for being a different kind of female lead but what’s even better in this drama is Jung Joon Hyeong played by Nam Joo Hyuk. Joon Hyeong is true dream boyfriend material and the whether he is Bok Joo’s friend or her boyfriend he is the most adorable male lead kdramas have seen.

Okey there is no way for you to not love Su Ho! He was an awkward computer nerd with a high IQ but with low EQ. He was all kinds of adorable and dorkily devoted to his Bo Nui. Also, he had a cute dork for a best friend too. This drama was so funny!

“It’s all a first for me! It was my first time confessing! First time holding hands! first time kissing– bluhbluhbluh!
So… Take responsibility.”

Review; The Most Lovable Moments of Je Soo Ho

One More Happy Ending was a little bit more mature drama. Still Soo Hyeok was hilariously in love with Mi Mo. I loved these two together; they were funny and Soo Hyeok went after what he wanted no matter what. They were meant to be! Love!

Descendants of the Sun

Currently Watching; Descendants of the Sun

Shopping King Louis wasn’t a perfect drama but there is one reason that puts it on the best dramas of this year list. Seo In Guk as Louis. This young master was all kinds of adorable whether he was on his own, with his butler or with the just as innocent Bok Shil. I’m still squealing!! I looovveee Lee Dong Wook as the grim reaper. He is aloof and so cutely slow-witted that I am practically melting. He loves Sunny because she “draws him in more than dramas”. Awwwwwww.

In addition to Kim Shin being depressing what made this drama land in the Meh-section (despite having the so adorable grim reaper) is that I can see what is going to happen in this drama. I can guess all the plot developments before hand and thus this drama doesn’t really have an impact expect the humor and bromance. Anyway I’m going to keep watching.

The romance between the beastly Dan Tae and beautiful Gong Shim was fun to watch. Ahn Dan Tae is the cutest guy and he has a heart of gold. Dan Tae was rough, yet he has a warm heart and the way he acts was adorable. He giggled and smiled with his eyes!! He was just adorable.

W – Two Worlds offered a different kind of romance. The love line was between a manhwa character and a doctor in this (real)world. Lee Jong Suk was so hot as Kang Chul whether he was drawn or in the real life. I loved his character; smart but not off-putting, vulnerable and soft but strong and rough. He could charm and out smart everyone without the person even knowing that it happened!

This drama was unpredictable and the manhwa scenes were inserted into the drama flawlessly. The bad guy was  really scary and some of the scenes made me jump! I loved this drama but in the end it lost some of its charm as they tried to make it over unpredictable. People died and came back to life and there were more and more rules to follow… Still, the beginning was amazing!

On the Way to the Airport

On the Way to the Airport was a different kind of drama. The plot wasn’t flashy, there wasn’t any flower boys to lure us but still this drama grabbed me. The affair between the married flight attendant and an architect was palpable; the emotion glued me to the screen. I loved that in the end they ended up together and that this drama showed affairs in a different light. All the actors did and amazing job.

Currently Watching; On the Way to the Airport 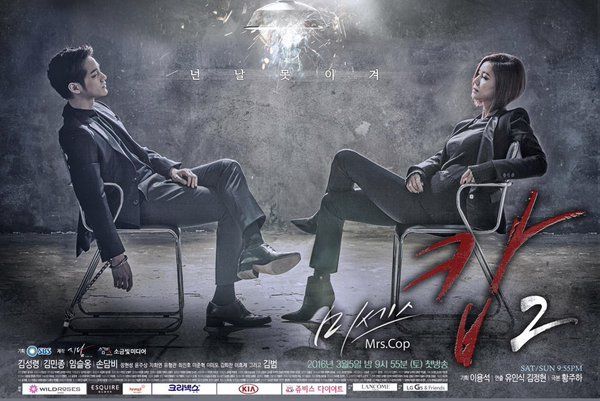 Mrs. Cop 2 was a really bad and a really good drama at the same time. To sum it up everyone else but Kim Bum as the bad guy Lee Ro Joon (and his assistant) were horrible both in character and acting. Especially the police was horrible! They couldn’t act and their characters were overly stereotypical. If it wasn’t for Lee Ro Joon I wouldn’t have even bothered to watch this at all.

Ro Joon was a merciless business man and a dedicated son. Ro Joon was very distracting in his cuteness. He was a bad guy a lot like Nam Gyu Man in Remember.He was good-looking, powerful, and his eyes had that killer look. He was brutal and had no problem getting rid of people who got in his way. Loved him!

Drop It Before It’s Too Late

Mirror of the Witch

I’m still filled with regret that I finished this. The end was unsatisfactory to say it mildly and this whole drama was just frustrating. There was no romance and nothing happened!!! Only plotting and talking without action…….. Crying for the time I lost….

Currently Watching; Mirror of the Witch 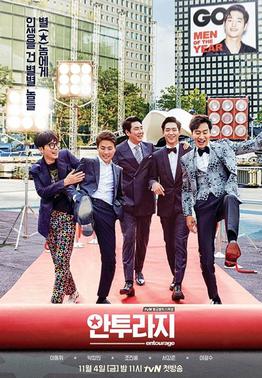 Oh God what a mess this was. With nothing interesting plot wise I couldn’t bring myself to even finish an episode without skipping scenes.

Love in the Moonlight

Don’t hate me for this but Love in the Moonlight was boring. I love Park Bo Gum and I generally like cross dressing dramas but this was so predictable and boring that I dropped this without second thoughts.

If you want a good historical drama please watch Scarlet Heart Ryeo, not this!!

Cinderella and the Four Knights 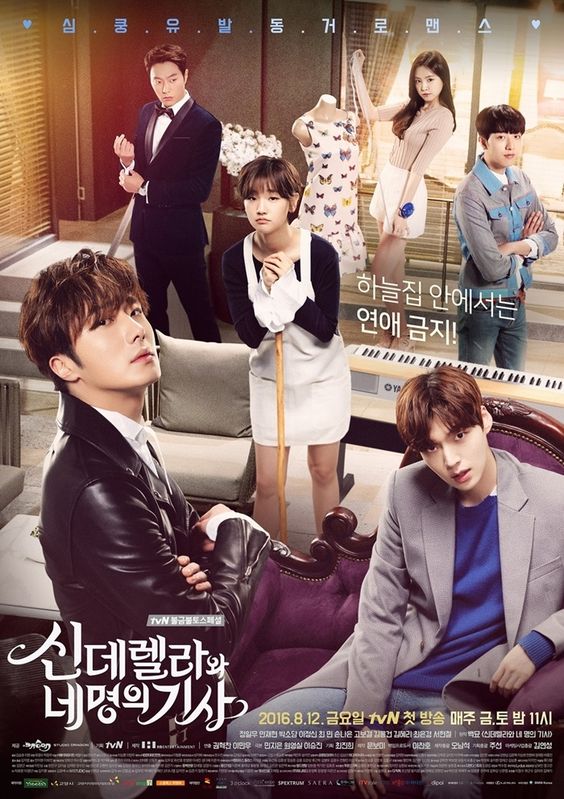 A handsome actor cast who can even act but this ended up as Boyd Over Flowers wannabe. The drama was cringe worthy and unbearable to watch.

Now that I’m at the end of the list I keep of thinking so many dramas that I would love to include on this list but it’s impossible to include them all! I hope that you enjoyed this list and don’t forget to share your favorites and nightmares from the past year in the comments!