After watching the first episode of Mr. Sunshine I felt thrilled by the amount of real history the writer had incorporated into the story. I like history, and as of late my passion has been Korean history and now with this drama I wanted to share and point out the actual historical events of Korea that are included in this drama. As I am not a historian by profession and as Mister Sunshine is set during turbulent time in Korean history, I might not have caught all of the references but these are the ones I picked that I believe will make watching the drama more interesting!

This is not school and I don’t want to bore you with long lectures, so I kept the explanations short. They are in order of the events in episode 1 so you can watch the drama at the same time. Enjoy! 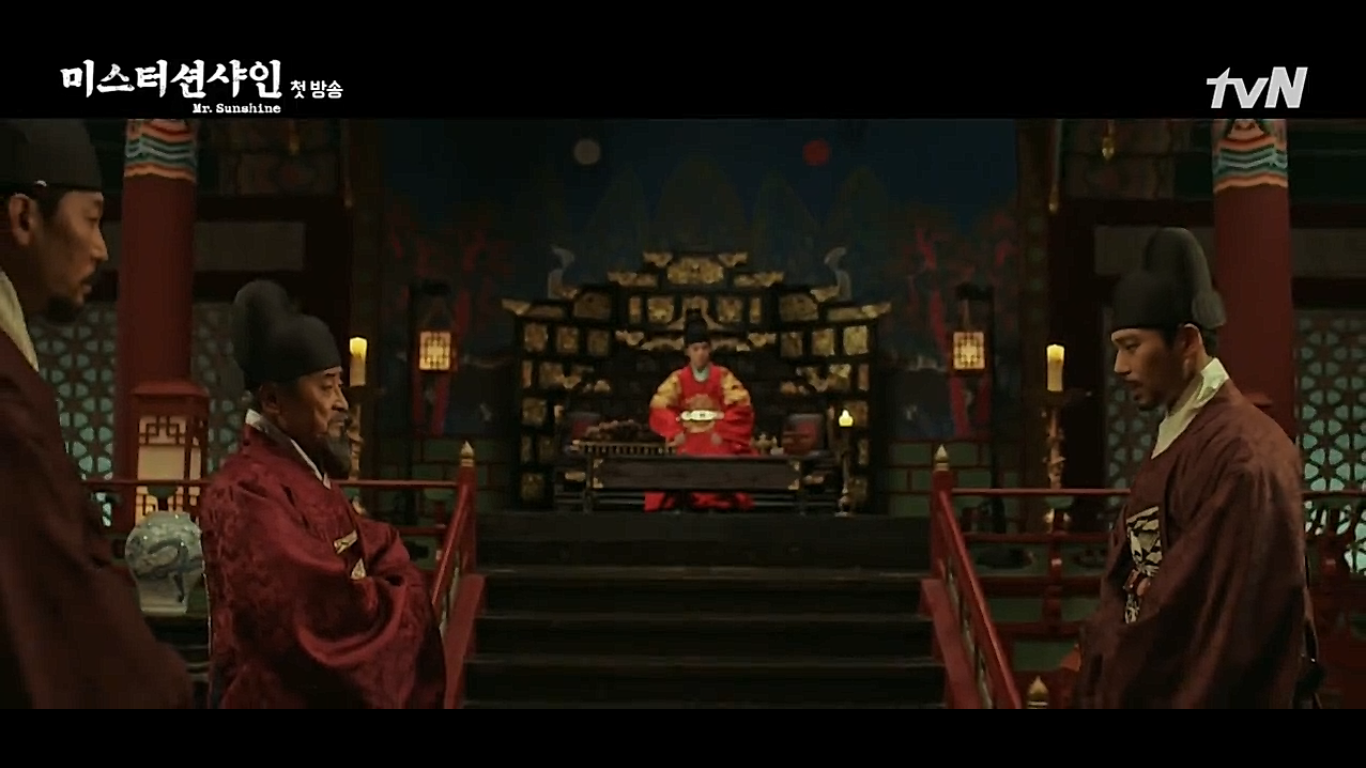 King Gojong was Korea’s second to last king. He ruled during a very difficult time in Korea and is thus often seen as a weak king (like he is depicted here). He rose to the throne very young and so his father ruled as a regent (also seen here) with the title Heungseon Daewongun. 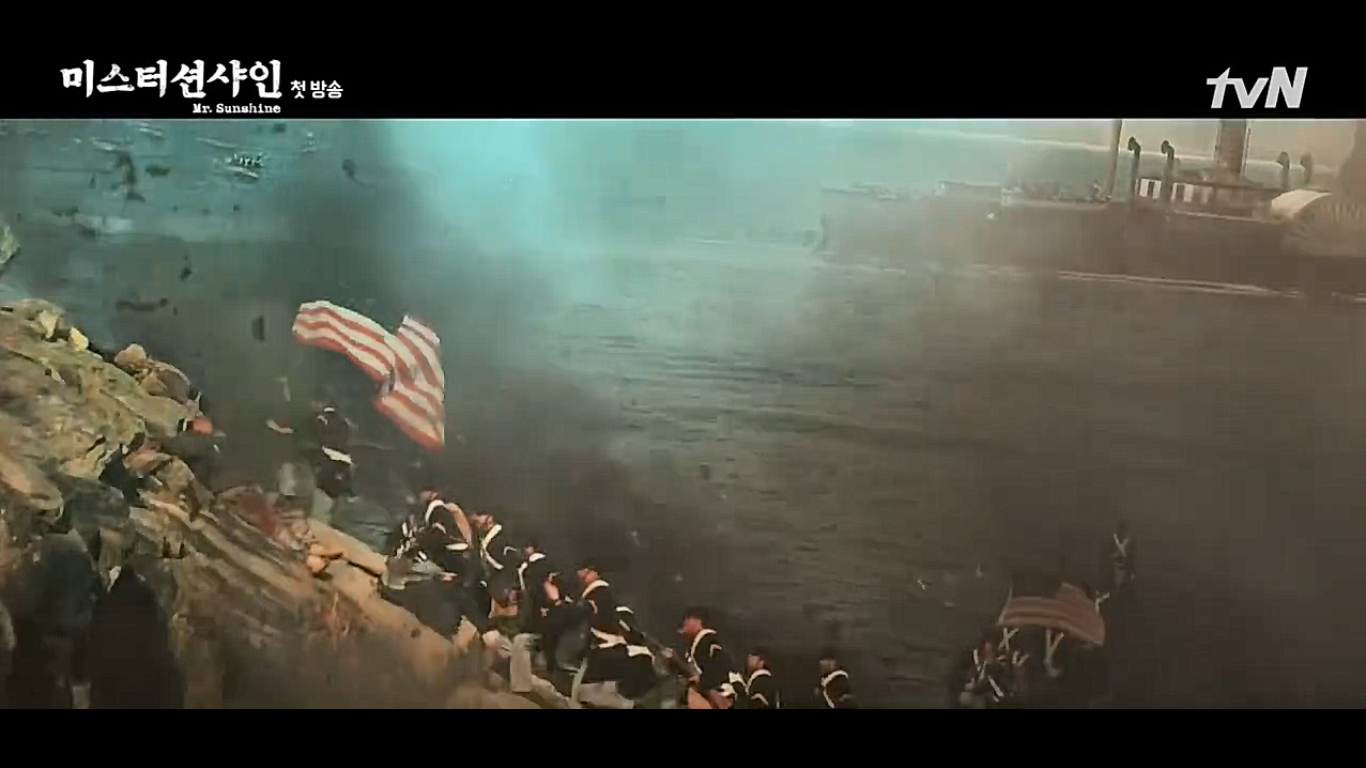 There really was an attack by Americans in June 1871 (I checked :)) onto Ganghwa island where Koreans fought to the last man. Americans won the battle but had no success in negotiations so they withdrew. This was the first military action America took in Korea.

Americans (and other foreigners) are referred to as barbarians here. That was the view of Joseon at the time: foreign nations were seen as barbaric and Joseon maintained a policy of isolation. 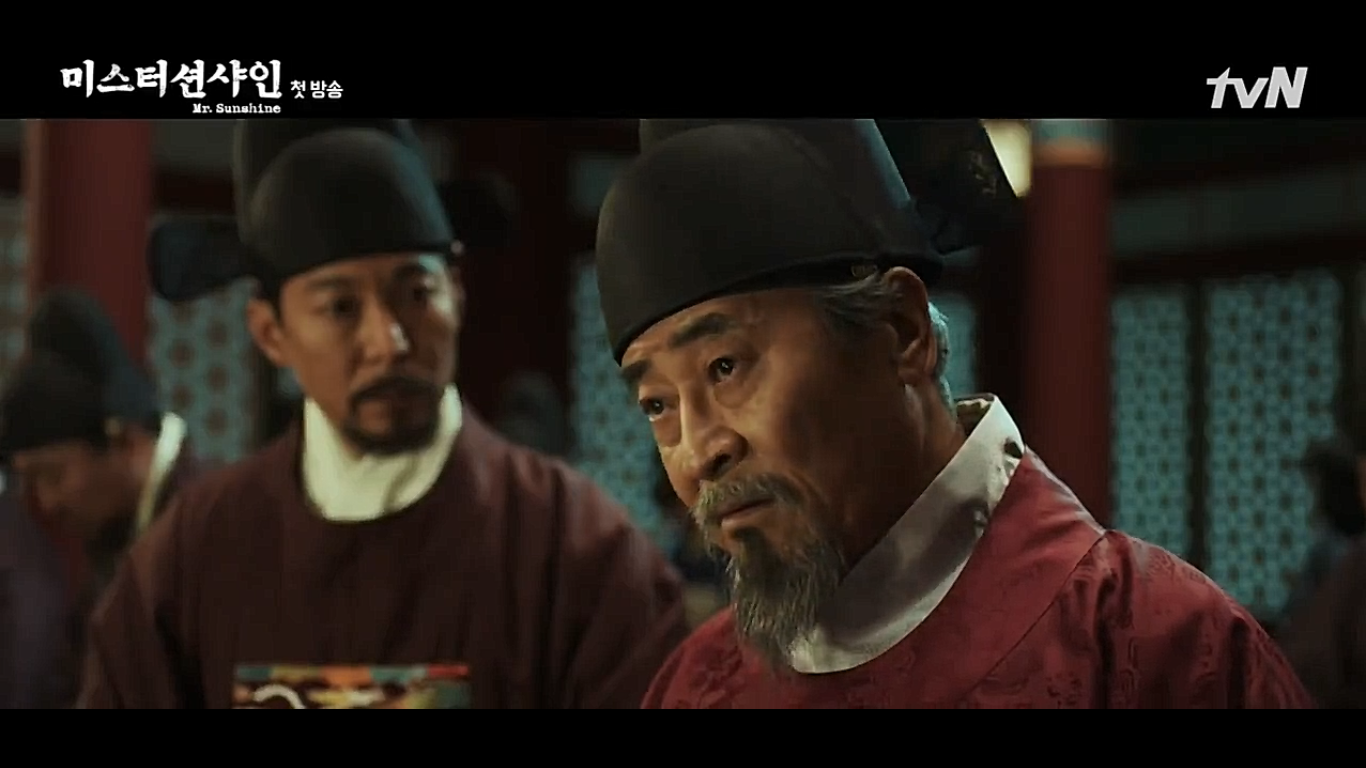 Daewongun is an interesting person. He tried to keep Joseon as a closed state: he didn’t want to interact with other ‘barbarian’ nations. As an interesting side note, he hated Gojong’s wife, Queen Min (more on her on episode 2 notes), even tried to take control of the court in a coup d’état and was in power for a short time again during the Gabo reforms. 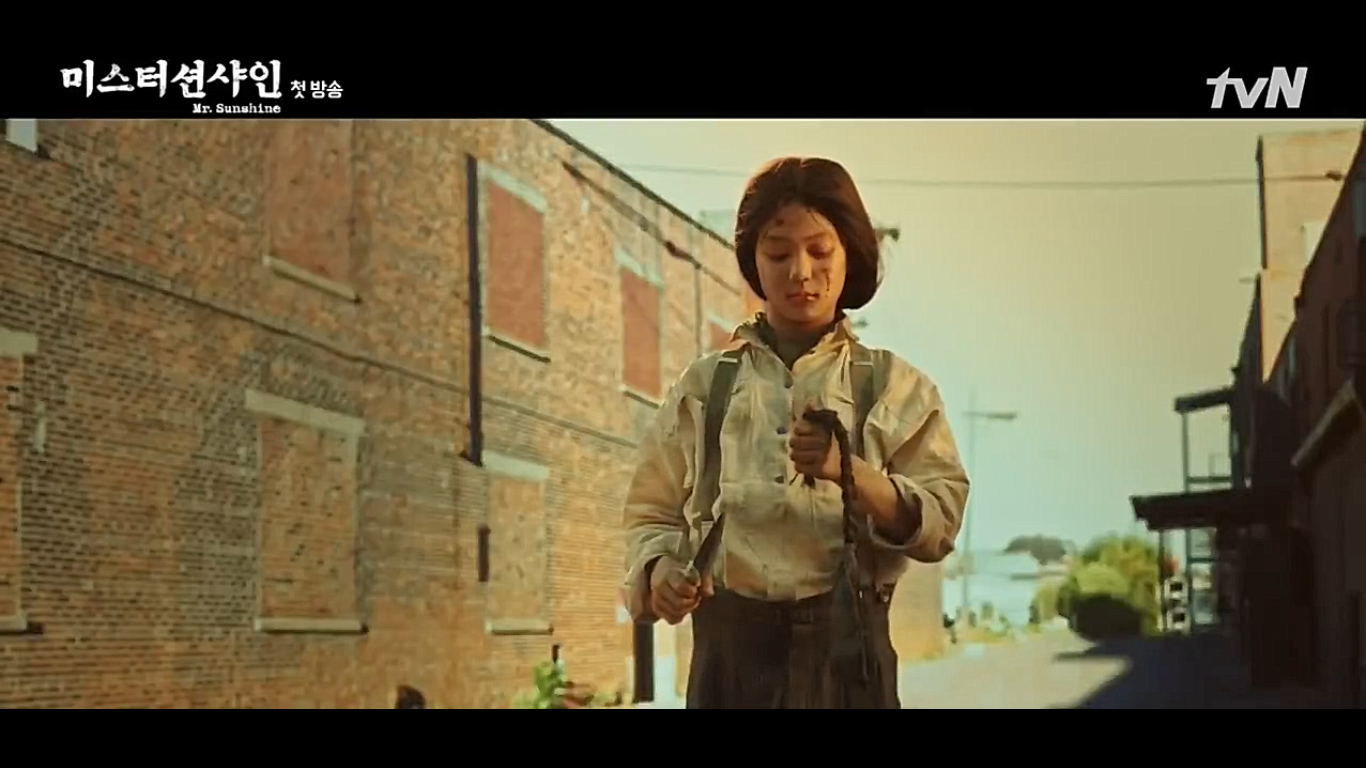 Yoo Jin cutting his hair has a very symbolic meaning; during the Gabo reforms one of the orders was for Korean men to cut their hair short. People didn’t like this order at all and rebelled against it. Why? Short hair was connected to monks and foreigners, but most importantly cutting one’s hair was seen as unfilial action towards one’s parents.

Yoo Jin cutting his hair here means that he is separating himself from Korea and Korean traditions. He becomes an American. 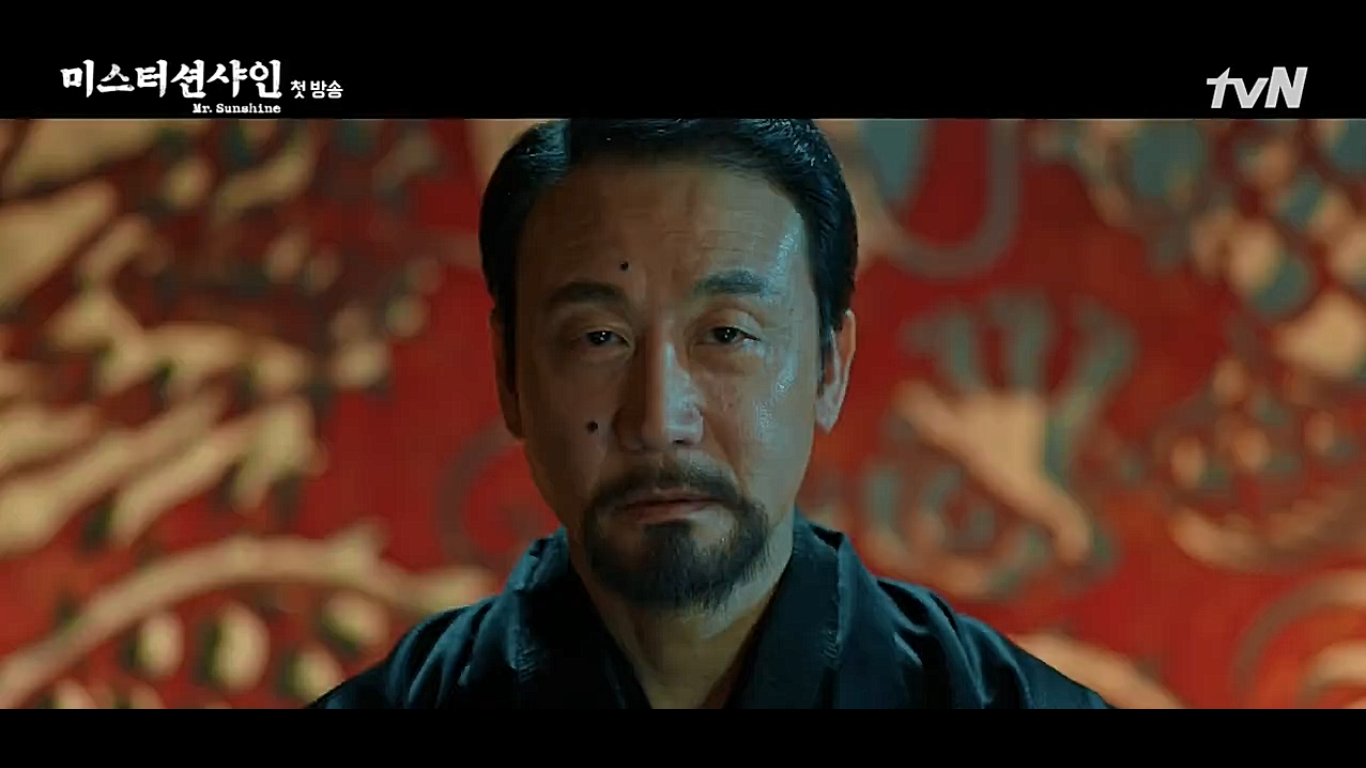 Ito Hirobumi was (during the 20th century so not yet at this point in Mr. Sunshine) the first Japanese Resident-General of Korea (meaning he represented Japan in Korea). He was later assassinated. I think he will be important to the story later so I wanted to introduce him a little bit.

Basically people who united to fight for the freedom of Korea. 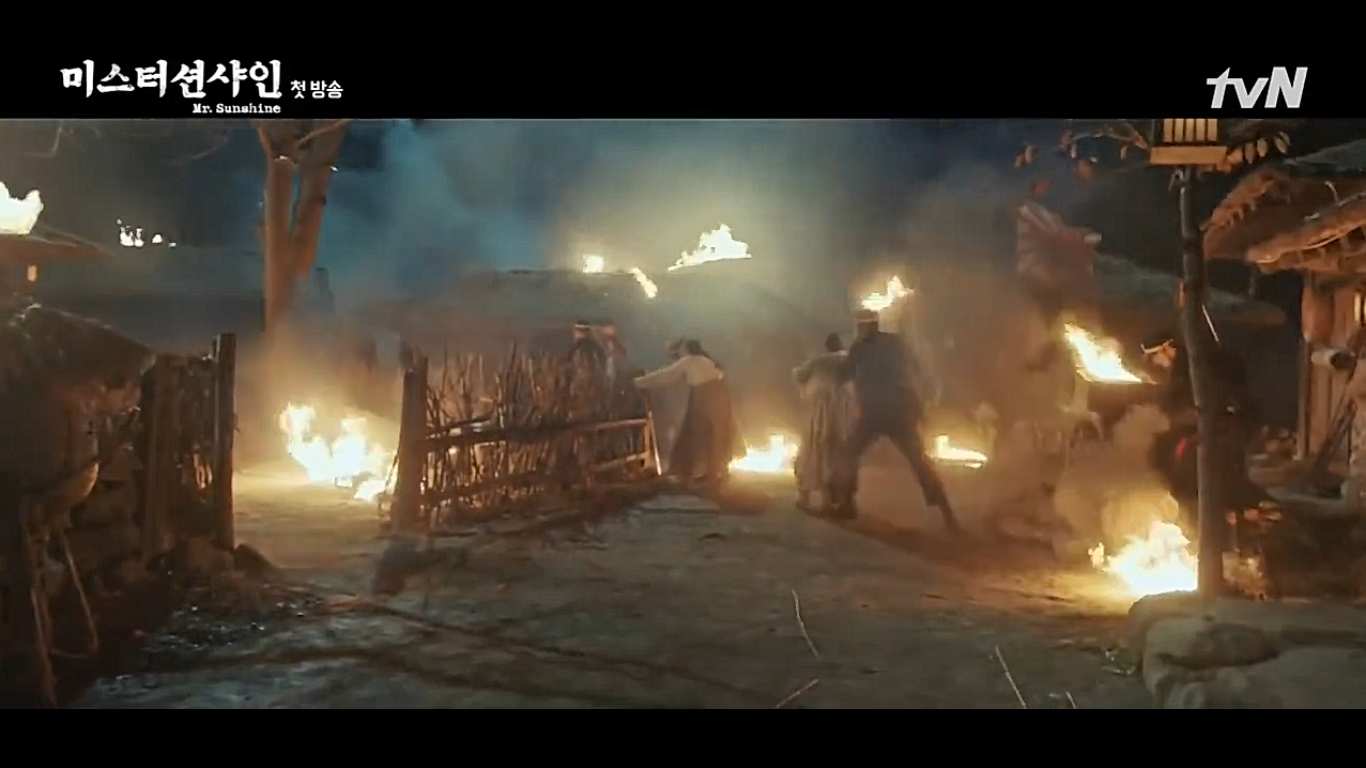 I presume that here the writer-nim is referring to the Sino-Japanese War (1894-95), which basically meant fighting and importantly spurred the Gabo Reforms in Korea. 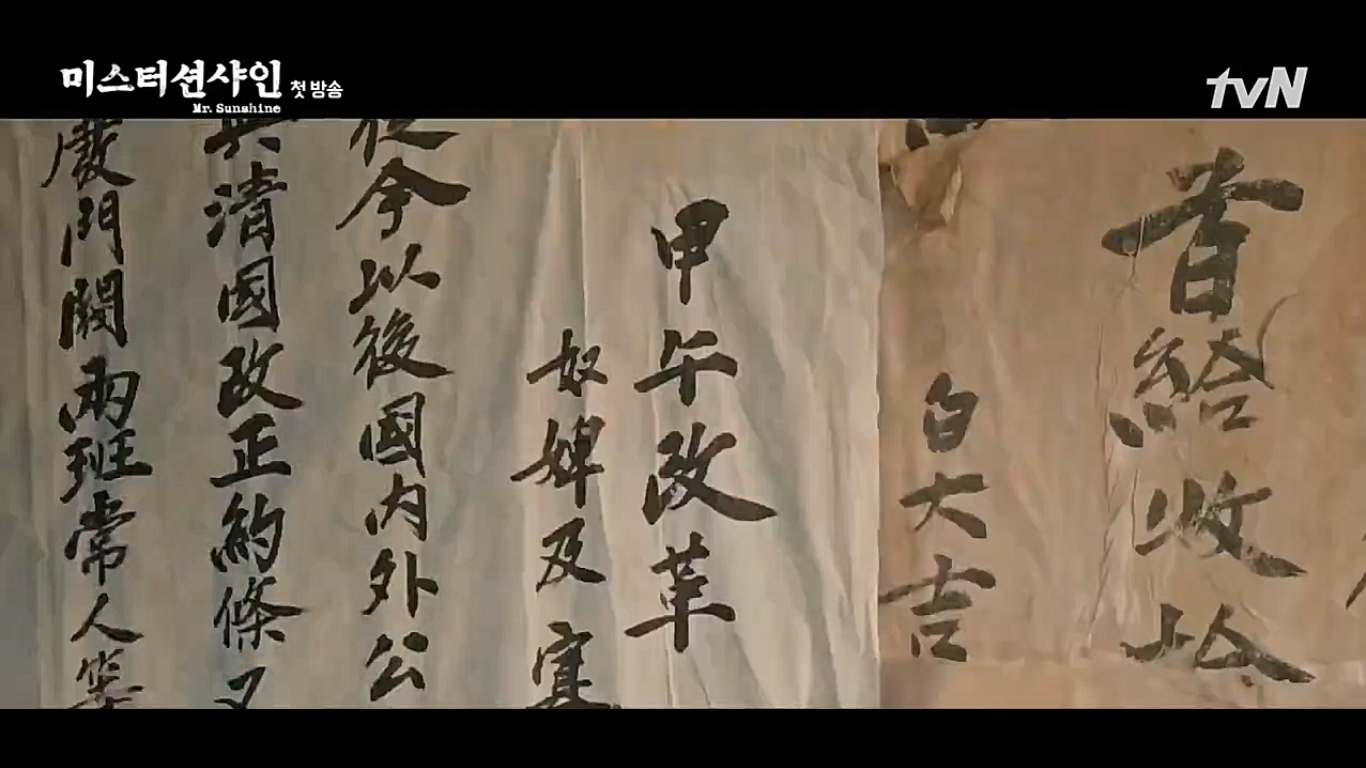 Were reforms that were signed under coercion from Japan. They were basically laws that e.g. put an end to the yangban and classes (although they didn’t disappear) including slavery, reformed the civil service examination etc.

And who said that you couldn’t learn anything from dramas?

Other History Bits for Mr. Sunshine: